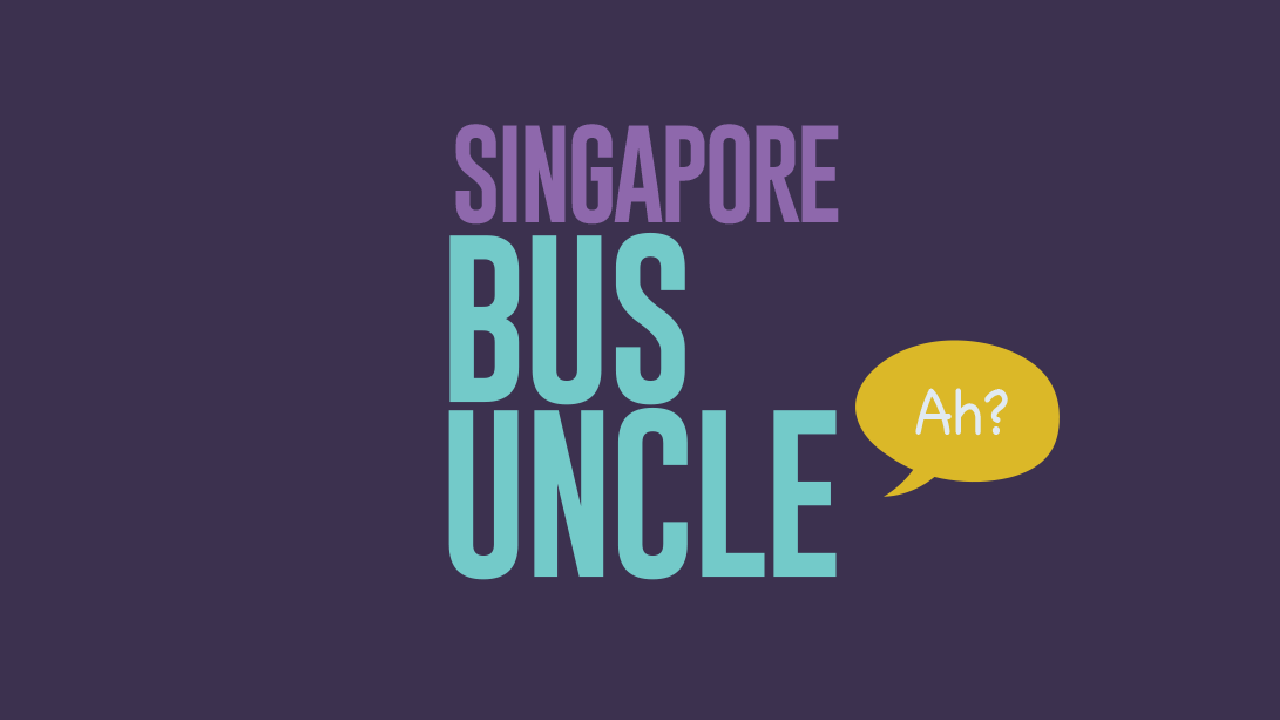 As one of modern Singapore’s pioneer bots, he has mastered uncle humour and tells you jokes when you are bored waiting for you bus to arrive. People call him crazy, rude, and obnoxious, but that’s just him being frank with you. Don’t be offended by him, he means no harm and only wants to help. He has slapped smiles on the faces of tens of thousands of commuters. He is Singapore’s favourite travel companion.

He has been featured in  Tech In Asia,  TODAY Newspaper, and  GovTech.

Building Bus Uncle has been one of the most interesting stories of my life. Through this article, I hope to share this story with you, and how it went from a idea in my mind to a real impact on thousands of commuters.

During late September 2016, I was at a bus stop on Orchard Road. Like most other commuters, I was standing and waiting with my head turned right hoping to see the number 65 written on the next bus. I thought to myself

This was too much information  I told myself. There is a list of all buses, all their arrival times, and the next bus arrival times. Furthermore, I had to wait for the screen to refresh and show me the next page of buses before I could find bus 65.

I then turned to my bus arrival timing apps

I had been using these apps for years but on that one day, I felt that something didn’t feel right.

This is overwhelming  I told myself. In each of the apps, I had to click on a location button, guess which bus stop I was at on the map, and see a long list of bus services and their arrival times . There was a lot of clicking, scrolling, typing, swiping, and perusing involved to find my bus 65. All this to answer just one question:

It then struck me that in April 2016, Facebook had released  Messenger Platform for bots. I had been wanting to build a bot ever since, and deemed that a bus arrival timing bot could answer my question. I planned to build a bot that would tell me my bus arrival time — nothing more, nothing less.

In early October 2016, I had built a bot that accepted a bus stop code and service number, and told you how long you had to wait in minutes. A typical conversation went like

Bot:  Where are you?

Ok cool. I had a working prototype of exactly what I wanted. Now it was time to give my bot a name. Some names I considered were  Bus Bot  and  Singapore Chat Bus, but as a creative who loves music and animation, I cringed at both these names.

After several conversations with my bot, it dawned on me that I was talking to someone else on Facebook Messenger. I pondered on the idea of giving this bot a human personality. How fun! Which human being would like to tell me my bus arrival time in Singapore? I scavenged my past experiences with buses, and was instantly reminded of grumpy and kiasu bus captains. Singaporeans call them bus uncles and bus aunties. I snickered and told my girlfriend  I will call this bot   Bus Uncle .

Bus Uncle in my mind was a born and bred Singaporean, so it was natural for me to opt for Singlish as his mother-tongue. My girlfriend, who is Singaporean, and I brainstormed and came up with some real proper Singlish replies for the bot. I thought to myself that if anyone was going to speak to the bot daily for their bus arrival times, the bot better be really interesting. This triggered the decision to make snarky humour and wisecracks a core aspect of the Bus Uncle’s personality. He just had to tell you jokes.

I now needed a face for Bus Uncle. I asked my friend Kyle, my designer colleague, for help. Her genius came up with this:

It was beautiful. Her illustration captures the idea of a Singapore bus bot really well: he looks very  digital, and his colours remind you of SBS Transit. His simple geometry makes him easy to remember as well. Kyle even helped me spruce up the cover photo of the Bus Uncle page, and I have since been eternally grateful to her for creating the Bus Uncle brand.

After a few runs of trial and error, with feedback from friends and colleagues, I had brought Bus Uncle to life. He was launched on  my Facebook timeline  in late October 2016.

Bus Uncle today is a successful Facebook Messenger bot who tells you how long you have to wait for your bus. While most other apps are static, Bus Uncle has a joyful and hilarious personality

How are you uncle?

He has learned the complex Singapore bus system, and simplifies it for you

He aims to make you smile with his jester-like personality. He even tells you jokes and sends you emoji when you are bored

He is full of surprises. You can ask him if your bus has seats, and a whole lot of other things about the oncoming buses to your bus stop

The impact that Bus Uncle has had on commuters in Singapore is huge, and it largely deals with how easy it is to talk to him.

The pain point I wanted to solve with Bus Uncle was that getting to know the available bus services at your bus stop, and your bus arrival time had to be as simple as  asking   one question,  and  getting one answer.

To reiterate, my question from the beginning was

I wanted my answer in one sentence, and that’s all I needed to know

3 mins, take out your EZ link

There is a handful of iOS and Android bus arrival timing apps that have tried to answer this question in a  visually pleasing  manner:

These apps are great, they make you a “power user”. You can visualise the bus system in your own customised way and be in charge of your own user experience. What I thought to myself however was

I did not want to be a power user

Just tell me how long I have to wait

By late December 2016, I had confirmed that tens of thousands of commuters in Singapore also did not want to be power users. I was not alone in this.

We did not need another app for this. Most people use a  maximum of 4–6 apps  on their phone regularly. Installing another app to answer a simple question meant

Bus Uncle solves all these problems

You don’t need to figure out talking to Bus Uncle yourself. He will teach you how to talk to him. Tell him your bus, your bus stop number, or address in any order and he will guide you. You can even send your location and he will magically find which bus stop you’re at

Send Location — as easy as clicking one button

He is built into Facebook, so you don’t need to download/install/uninstall anything on your phone. Just chat him on Messenger or his Facebook page

In mid January 2017, even though thousands of users spoke to him daily, he was able to give each of them the  one answer  they were looking for in ~2 seconds.

It is mid February 2017 now, and Bus Uncle has been lauded as the most innovative solution to a simple problem. He has received largely positive  reviews  from users on his Facebook page. Some of my favourites are

“So entertaining! Love the bus uncle lah! Since Singaporeans are champion grumblers, I think an AI is the best for this” — Japhia Yeo

“Can uninstall all the other apps now. Yay for bus uncle!” — Ursula Soh

“He always replies faster than my boyfriend!” — Abby Ng

He has also been featured in

What are you waiting for? Go talk to him  now

The  Bus Uncle  website is up now, so check out the amazing things we have done with Bus Uncle. We are officially a business as well, and we provide  marketing innovation  and  chatbot development  for you company!